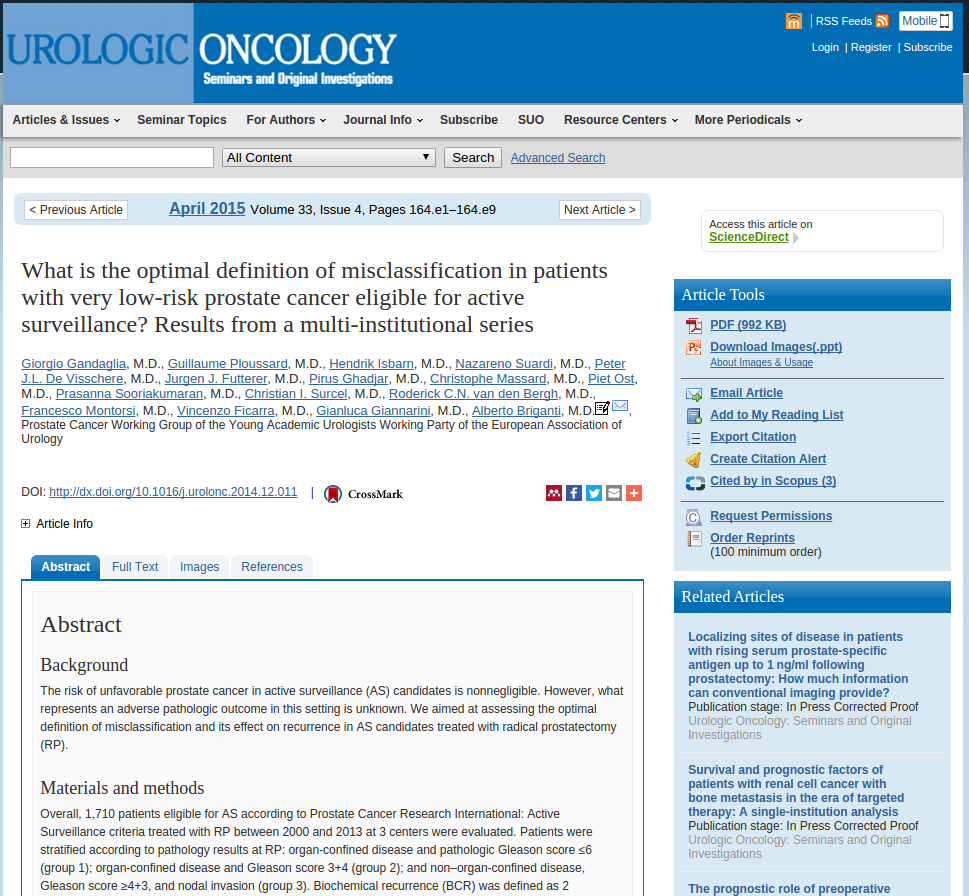 The risk of unfavorable prostate cancer in active surveillance (AS) candidates is nonnegligible. However, what represents an adverse pathologic outcome in this setting is unknown. We aimed at assessing the optimal definition of misclassification and its effect on recurrence in AS candidates treated with radical prostatectomy (RP).
Among patients eligible for AS treated with RP, only men with Gleason score≥4+3 or non–organ-confined disease at final pathology were at increased risk of BCR. These individuals represent the real misclassified AS patients, who can be predicted based on older age and higher PSA density.”

Overall, 1,710 patients eligible for AS according to Prostate Cancer Research International: Active Surveillance criteria treated with RP between 2000 and 2013 at 3 centers were evaluated.

Any cookies that may not be particularly necessary for the website to function and is used specifically to collect user personal data via analytics, ads, other embedded contents are termed as non-necessary cookies. It is mandatory to procure user consent prior to running these cookies on your website.