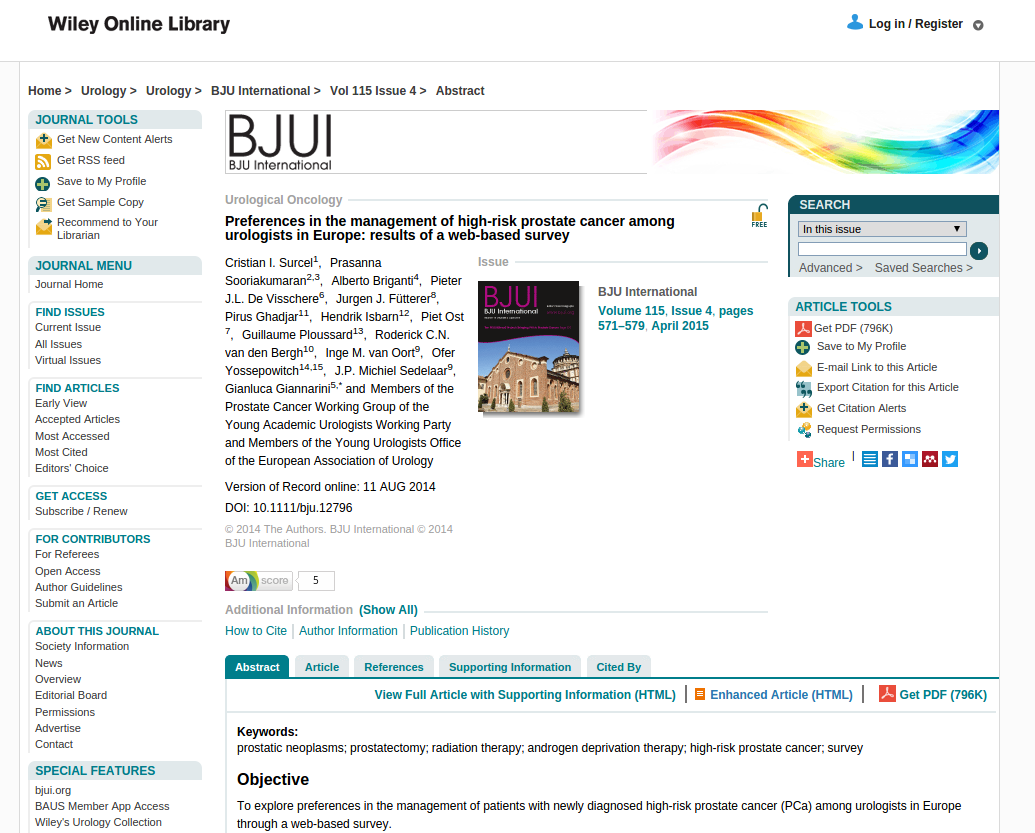 A web-based survey was conducted between 15 August and 15 September 2013 by members of the Prostate Cancer Working Group of the Young Academic Urologists Working Party of the European Association of Urology (EAU).

A specific, 29-item multiple-choice questionnaire covering the whole spectrum of diagnosis, staging and treatment of high-risk PCa was e-mailed to all urologists included in the mailing list of EAU members.

Descriptive statistics were used. Differences among sample segments were obtained from a z-test compared with the total sample.

Any cookies that may not be particularly necessary for the website to function and is used specifically to collect user personal data via analytics, ads, other embedded contents are termed as non-necessary cookies. It is mandatory to procure user consent prior to running these cookies on your website.